Grow your audience & connect with experts, speakers, guests and brands, all in one place. 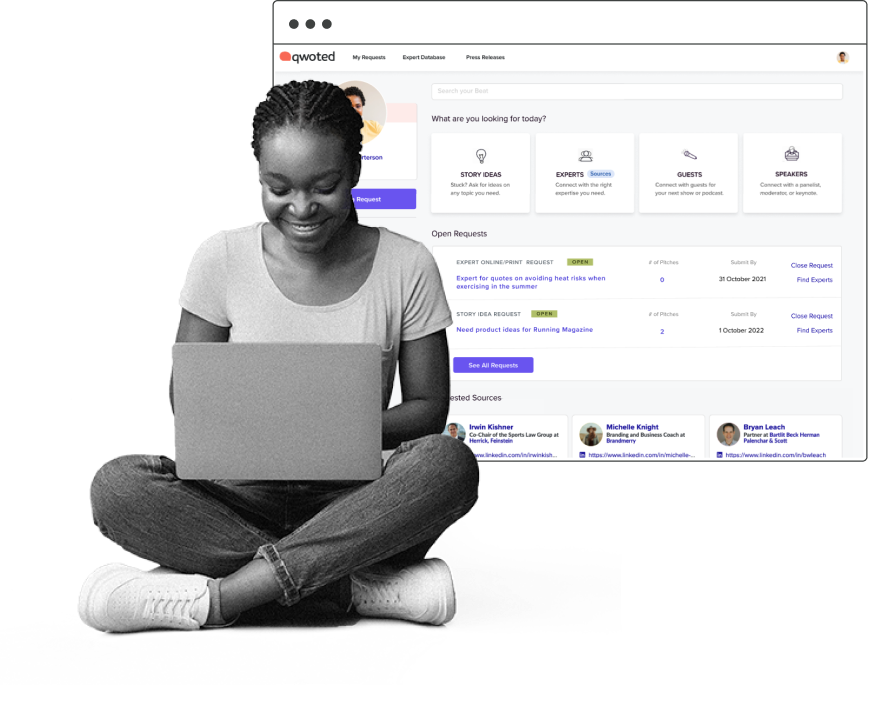 Check out our expert database to connect today

HELP US SHAPE THE FUTURE OF QWOTED

Qwoted’s Media Advisory Board is comprised of leading media professionals and academics. The directors of the board are volunteers and oversee the development of the Qwoted platform to ensure that the network conforms to ethical standards and consistently works to support the media. To join the advisory board, please reach out to mediasuccess@qwoted.com. As Qwoted’s first Editor in Chief, Lou oversees the standards committee, leads community-building efforts within journalism education, and acts as a resource to writers. Lou most recently served as managing editor at Government CIO. Just prior, he worked at the nation’s largest banking non-profit, Bank Administration Institute (BAI). Lou also created, engineered, and hosts the BAI Banking Strategies podcast, which paved the way to his current financial services podcast, “Bankadelic.” Lou’s resume also includes six years at U.S. News & World Report and serving as Managing Editor at AOL. In 16 years at the Chicago Tribune, Lou was a Pulitzer Prize finalist. His multimedia credits include BBC Radio commentator (“Up All Night”) and appearances on several Discovery true-crime documentaries. Lou’s work has also appeared in Forbes, the Los Angeles Times, Yahoo Finance, MSN, the Christian Science Monitor, Reuters, and several other news outlets across the world. His journalism honors include a shared Polk Award, a Chicago Tribune Innovator Award, the Bob Briner Impact Award, and more. As an adjunct professor at Loyola University Chicago, he led an eight-year rebuild of the Loyola Phoenix, culminating in an award for Best College Weekly Newspaper in the Nation from the Society of Professional Journalists. Caleb Silver is the Editor-in-chief of Investopedia. He serves on the Board of Governors and Executive Committee for the Society for Advancing Business Editing and Writing (SABEW). Caleb’s career in business news began at Bloomberg, where he worked as a senior television producer. Caleb then joined CNN, serving as a Senior Producer for The Situation Room with Wolf Blitzer, as well as the Executive Producer of CNNMoney.com. He then returned to CNN as the Director of US business news before leaving in 2014 to form Frog Pond Productions, a digital production and consulting company. Caleb joined Investopedia in January 2016 as the VP of Content, and is frequently featured as a markets, economic and consumer trends expert on NBC, MSNBC, ABC Radio, Marketplace Radio and Cheddar TV, in addition to markets commentary in his daily newsletters. His awards include a Peabody, EPPY, SABEW Best in Business, and two Emmy nominations. Paulina Likos is an investing reporter with U.S. News & World Report covering the stock market, investing strategies, portfolio management and real estate investing. She enjoys writing about the latest market trends and millennial investing behaviors. Prior to her current role, Paulina was a risk manager at Fannie Mae handling credit risk management responsibilities in Single-Family business, actively engaging with lenders on the front-line. Paulina is a Pennsylvania native who attended Villanova University where she studied political science, communication studies and business management.

Niraj Shah is the Markets Editor at Bloomberg Quint, India’s first digital live streaming business news service. Niraj heads the Markets band, and leads the editorial coverage of all things equities at BloombergQuint. He anchors the daily live show, Talking Point, which has gained prominence for serious conversation around markets and industry. Niraj also hosts the coveted investing show ‘Alpha Moguls’, regarded by many as one of the finest investing conversation shows in the country. Prior to Bloomberg Quint, Shah was a part of the team that set up ET Now, the business news channel of The Times Group in India. Niraj is also the founding member of Soch, a not-for-profit organization aimed at distributing transformational ideas for changing India. He has been associated with pro-bono organizations like the Forum of Young Activists in Mumbai, as well as Anjeze, a trust helping cancer patients in the city of Mumbai. Larry Edelman is a financial columnist and associate editor of The Boston Globe. Over the course of two stints (1989-1999 and 2015-present), he has also worked as a tech reporter, the business editor, and deputy managing editor for news. Before returning to the Globe, Larry was a senior deputy editor at The Wall Street Journal, where he was responsible for real-time coverage of markets and finance, and assisted with planning and editing of the Money & Investing section. Prior to the Journal, he spent 10 years at Bloomberg News as investing team leader, senior enterprise editor, and managing editor for investing and real estate. From 1999 to 2003, Larry got some real- world experience as vice president of investor relations at John Hancock Financial Services, where he worked on the company’s initial public offering, wrote earnings releases and investor presentations, and helped manage relationships with analysts and investors. Kalilah Reynolds is an award-winning journalist covering business and finance in Jamaica. She received the Press Association of Jamaica Award for Business and Finance three years in a row. Reynolds has hosted the number-one rated news and current affairs morning radio show from 2014-2020. In October 2019, Reynolds launched Taking Stock with Kalilah Reynolds with a mission to make business and finance easy to understand. In 2020, Reynolds left Nationwide News Network to commit to the launch of her website, kalilahreynolds.com. Reynolds has a Masters degree in Communications Studies from the University of the West Indies, and a B.A. in Journalism from Fordham University in New York City, both with distinction. An internationally recognized editor, Janet is best known for her ability to merge the worlds of digital media and traditional journalism. Formerly editor-in-chief of Jim Cramer’s TheStreet.com, Janet Guyon spent the bulk of her career at The Wall Street Journal, Fortune, and Bloomberg, where she ran Bloomberg.com as its general manager. She has run digital operations at Dow Jones and IAC, was technology editor at Quartz and served as a senior editor at Documentedny.com. She most recently graduated magna cum laude from New York Law School, where she was a Global Law Fellow and member of the Dean’s Leadership Council. Ghiroli served as an MLB reporter for ten years, where her coverage of the Tampa Bay Rays was featured in the American League Championship Series program. She spent eight game seasons as the Orioles beat reporter before joining The Athletic in November of 2018. Ghiroli currently covers the Washington D.C. Nationals team and breaking Major League Baseball news, while hosting The Athletic’s MLB podcast Rates and Barrels. Ghiroli is also an Insider reporter for MLB Network and has appeared live and in pre-taped segments on NBC Sports, FOX, ESPN’s SportsCenter, and Outside the Lines. She was named Baltimore Magazine’s “Best Reporter” in 2014 and D.C. Sportswriter of the Year in 2019. Rachele Kanigel is a professor and chair of the Journalism Department at San Francisco State University. She was a daily newspaper reporter for 15 years, mostly covering health and medicine for The News & Observer in Raleigh, NC, The Oakland Tribune, and other newspapers, and has written for magazines, including TIME, U.S. News & World Report, San Francisco, Health and Prevention. She is the editor of The Diversity Style Guide, a free website that helps people write with accuracy, authority and sensitivity about a diverse world, and author/editor of a companion book by the same name. She consults with media organizations and trains media professionals in inclusive content. She is also the author of The Student Newspaper Survival Guide and is past president of College Media Association.

A network built by the media, for the media 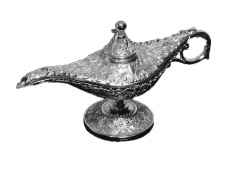 Simply ask for what you need

Tap into Qwoted’s vast expert network. Submit a request, receive responses, and connect with your favorites.

Build and diversify your network

Access the largest expert community to build connections for immediate and future stories.

You get enough emails already.

With Qwoted’s private network, you can pose a question, review multiple pitches, and mute conversations when you have what you need. 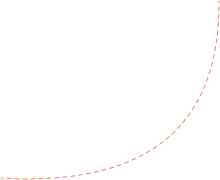 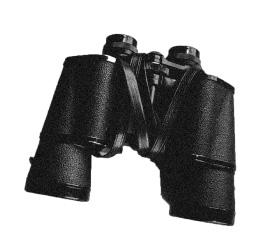 See who’s in your audience

Qwoted automatically creates a portfolio of your work, with tools to help you learn about your audience, reach, and impact.

TRUSTED BY THOUSANDS OF MEDIA PROFESSIONALS

Got just what I needed! You guys are going to be my go-to. Thank you!
Bret KenwellThe Street 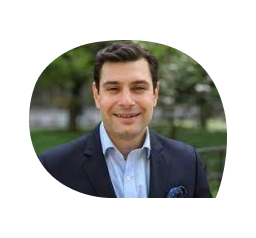 When I’m working on a story, I know the type of guest I’m looking for, but I don’t always know who would be the best fit. Qwoted helps bridge that gap.

Rather than scour my inbox for a pitch that might be helpful, it’s nice to have tailored pitches delivered to me on exactly what I’m looking for. Thanks Qwoted!!
Brooke SweeneySegment Producer, VICE 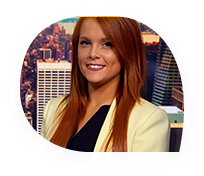 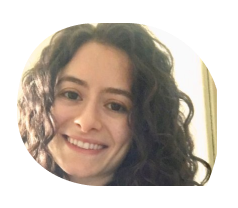 Previous
Next
Got just what I needed! You guys are going to be my go-to. Thank you!
Bret KenwellThe Street

When I’m working on a story, I know the type of guest I’m looking for , but I don’t always know who would be the best fit. Qwoted helps bridge that gap.

Rather than scour my inbox for a pitch that might be helpful, it’s nice to have tailored pitches delivered to me on exactly what I’m looking for. Thanks Qwoted!!
Brooke SweeneySegment Producer, VICE

Want to help us better serve the media?

Join our media advisory board and help shape the future of Qwoted.

Your storytelling, made easier.

Qwoted is here to help. Find expertise, answers, and ideas all in one place.