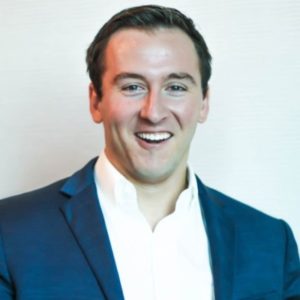 Mark Bergin is a reporter for Observer Media Group and the host of two NFL podcasts: “Bleav in Steelers” with two-time Super Bowl champion Ike Taylor, and “The Browns Nation Station” for BrownsNation.com. He began his career in broadcasting as a digital producer in 2015, working at NBC affiliate station WBIR in Knoxville, TN. Bergin played a key role in the station’s coverage of the 2016 presidential election, the East Tennessee wildfires, the Summer Olympics and the University of Tennessee athletics. From 2017 to 2019, Bergin worked as a digital producer for the Tegna-owned CBS affiliate station WTSP in St. Petersburg/Tampa, Florida, where he covered the 2018 midterm election and other breaking news. Since March 2020, he has covered COVID-19, the 2020 election, and more for Observer Media Group in Sarasota.

My goal has been to tell unique stories and deliver content that is smart, insightful, original and authentic. My ideal newsroom is one that understands the importance of serving readers, listeners and viewers using the medium most convenient for that very same consumer.”

Which aspects of your work do you find the most challenging? The most rewarding?

MB: Finding a way for your work to stand out without comprising your ethics and principles is a challenging part of the job. There are times every newsroom is going to be covering the same story – how is yours unique?

The most rewarding part is when someone reaches out to thank you for your work. My goal is to inform, entertain, and teach readers something they didn’t know.

MB: Be yourself. Don’t try to imitate other people – at best, you’ll come in second place. The only person who can be you is you. Constantly comparing your work to others is not productive.

Prepare to work long hours and report on things that aren’t always glamorous. Serve as a resource for the betterment of your community. Meet and network with people outside of the news industry, too.

Other than writing frequently, the best way to become a better writer is to read. Your taxes pay for a library card. Utilize this resource.

What are some of the best practices from journalism’s past that you feel need to be utilized now?

MB: Reporters typically don’t use Rolodexes anymore, but calling sources on the phone is a lost art. Sometimes it’s worth cold calling simply to check in on people you’ve spoken with in the past. The fortune is in the follow up, and often, persistence pays off.

Many of my best stories have happened from being in the right place at the right time. Some might say it’s luck, but many times you can create your own luck. Instead of calling one or two people about a story, can you call 10? Different perspectives are necessary in creating a robust dialogue.

Social media has upended the traditional media landscape. One of the great challenges it creates is authenticity and malevolent actors. How do think journalists and reporters should deal with the rising tide of misinformation?

MB: Focus on what you can control. Be accessible to your audience and interact with them. Answer their questions. This builds trust and adds to your authenticity.

What do you think about the role of technology in journalism? Is it helpful? harmful? Something in between?

MB: We’ve never had easier access to high-quality information than we do now. Social media provides the opportunity for audiences across the world to see your work, but also allows inaccurate depictions of the truth to spread very easily.

There is a binary nature to social media, as it often pits groups against one another even though the issues aren’t mutually exclusive. There is nuance in the real world. There are shades of gray.

MB: It’s hard to properly quantify this claim. The internet and social media make it easy for people to find information that reinforces their worldview. Throughout U.S. history, journalism has held people, elected officials and institutions accountable. The First Amendment provides for the freedom of speech and the freedom of the press. It’s important to note these freedoms do not necessarily equate to the freedom of consequences.